When business owners discuss Search Engine Optimization (SEO) with us what they are basically saying is they want to bring people to their website “now!” and it doesn’t really matter how they get there. Well, it does matter “how” you get people to a site and it also matters “why” you are trying to drive them there in the first place. If visitors go to your website and aren’t satisfied with what they find there then they don’t ultimately become customers. And getting customers is what the SEO game is really all about.

Heading into 2013, here are 5 current trends to consider with regard to your website and your overall on-line business presence.

1. Do you have a Responsive Website? – New to 2012, a responsive website is designed to adjust itself to size when it is viewed on a wide screen monitor, iPad, laptop or smart phone. You can check to see if your own website fits the bill. How? View the website on your computer screen, click to minimize the screen and then click and drag the sides of your browser window to resize the website’s width. If the website still looks good, and is easy to read and understand, then it is probably adequate for today’s web design standards.

2. Consider a Blog on your website – a blog is a great way to start a conversation. If you have ideas or knowledge to share with others why not put it on your own website to attract potential customers? You’ll build your online credibility with not only people, but the search engines as well.

3. Use social media and tie it to your website – If you own or manage a small business and are not using social media, then you are missing out on one of the most cost-effective tools available for promotion, branding and customer service. Twitter, Facebook, YouTube, Pinterest, etc. are all free and user friendly. At the very least, every business should have a Facebook company page! After setting it up, link your website the Facebook page and/or use a widget to feed the posts to your website for viewing.

4. Get on LinkedIn – every businessman and woman should have a LinkedIn account. It’s free networking!

5. Optimize your online presence as much as possible – perform a Google search on your business name to see if and how it is listed. Review the search results to see what’s what then take steps to build or improve your online presence. If you have a storefront, claim your local business listings and optimize the information with more details—business hours, logo, videos. Consult a professional to optimize your website for higher technical functionality, analyze keywords in the content, and increase visibility with the search engines. To see examples of online business listings, do a Google search on “Gallop Web Services, LLC”.

As part of a business marketing strategy, it is important to create a consistent brand and a comprehensive online business presence. The business website and social media should complement each other and display the same logo and marketing message. Feeding Facebook posts and Twitter feeds into the business website not only looks good, it communicates to your target audience through multiple avenues and optimizes the website with the search engines. 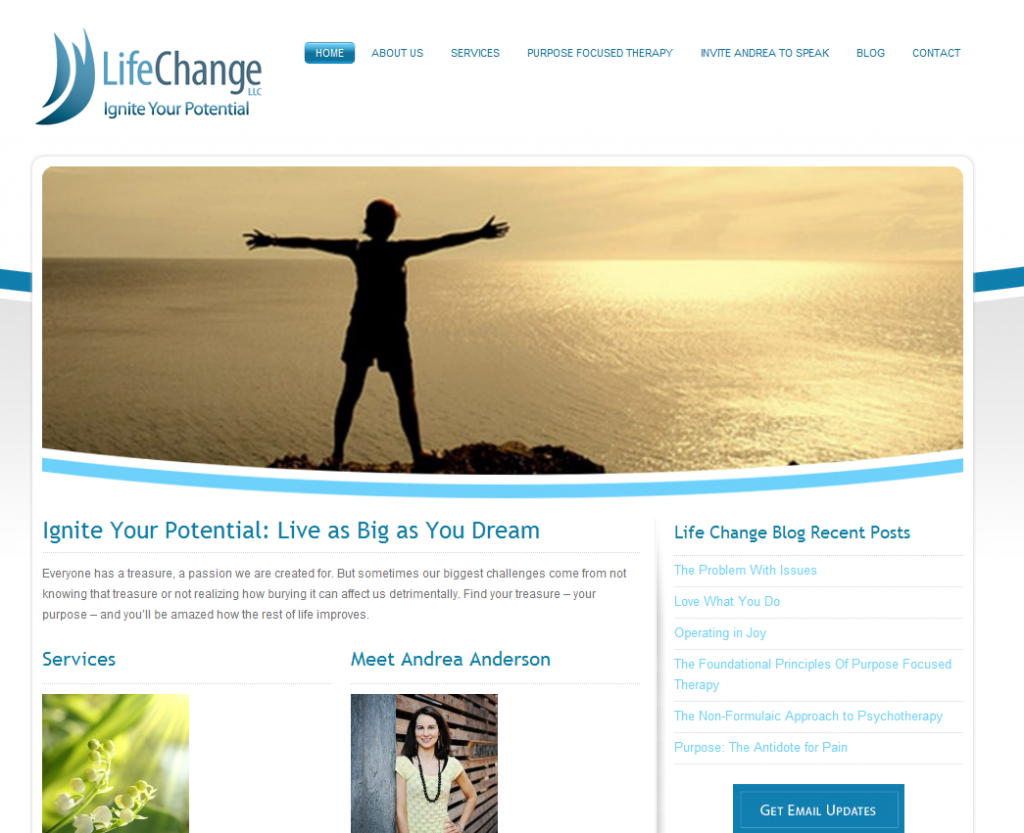 LinkedIn has updated their Company Page offering to better represent your company or brand. They’ve streamlined the Company Page layout and provide greater prominence for updates as well as featured status updates. You can now add an image to enhance the graphics on the company page, but the image must be at least 646×220 pixels. The Company Page also now displays nicely on mobile and iPad apps.

I like Facebook and understand it value as a social media tool, but I have a real problem with the company changing my contact information without asking me.  Facebook is in the process of making an across the board change to all 900 million users profile pages without telling or asking us about it. The social media giant is setting every user’s default email address to [name]@facebook.com. I took a look at my own account and sure enough, my default email address had already been changed and was shown under my contact information.

In case you don’t already know, the default email address is the contact information other users see on your page if they want to send you an email.  Every Facebook user has automatically been assigned a free “facebook.com” email account for a while now, but many people don’t bother using it.  As a  business owner, I know I prefer to publicize my business email address instead–it’s more professional. So, seeing the FB address in place of what was originally there is a problem for me.  I’m sure Facebook would love to take some of Google and Yahoo’s free email account business, but automatically defaulting its users contact emails is a bad idea. I’m not alone in this view… several other bloggers are also writing about the change, with many highly critical of the switch.

The good news is the setting can easily be changed to a user’s preferred email address by manually editing the “contact info” section of each user’s profile. I went ahead and switched my FB email address to hidden and my original email address back to public view:

On a positive note, I do like that when I changed my password Facebook sent me an email to make sure it was what I wanted. They also offered an across the board change to the applications I have tied to FB. It is reassuring to know they are taking serious strides to ensure a user’s Facebook account hasn’t been hacked into.

You’ve set up your LinkedIn profile, established your contacts, and received terrific LinkedIn recommendations. Now is the time to explore the more robust advanced site features that are available with your free LinkedIn membership. Kathi Watts of Gallop Web Services will review applications that allow you to connect with your audience, share Power Point presentations, documents and more using your LinkedIn account.  Lunch is provided.

Join us for lunch, networking and some tips on using Advanced Features of LinkedIn.

What is Social Media

Social media are web-based interactive tools that are utilized for social interaction through the internet, for both personal and business conversations using highly accessible and scalable publishing techniques.  The phenomena of online social networking first began with ‘blogging’. Individuals have been using blogs for years to communicate with one another and its popularity quickly opened up the dialog to broader audiences through public websites offering information on a broad range of subject matter. The ease of use and free access to popular social media tools such as Twitter, Facebook and MySpace have caused the social media market to explode.

Businesses are finally picking up on the trend, first through LinkedIn and more recently Facebook, which has adapted its software to allow for business use. Social media is inevitably being added to what has been known as ‘industrial media’.

An example of B2B social media is LinkedIn, which provides businessmen and women an opportunity to network professionally separate from other social media.

A recommendation for a business looking to incorporate social media would be to start with LinkedIn, Facebook and a blog. The first two are excellent choices to communicate short and concise information about a business—the former is geared to professionals and the latter to the broader consumer base. A business blog on the other hand is helpful for sharing articles and discussions and can be done so from an existing business website or through a blog tool such as Blogger. All three types of social media can be used in tandem with one another to keep the conversation going. The goal is for businesses to attract consumers who may be potential buyers of your products or services.

Twitter is also a useful tool for short bursts of information. This is a good choice for someone who is in tune with sharing a thought or idea instantly via the computer. A Twitter account by itself is a good thing to have, whether it is used every day or not.

The one caveat that is apparent with all forms of social media is the time it takes to keep the networking going. Blogs that are highly utilized are not only useful to consumers, but generate traffic through the search engines potentially increasing page rank for a business website and/or social media site. On the downside, a blog that is not kept up for months or years not only may be uninteresting to the visitor but may also reflect negatively on the business owner due to blog’s neglect.

To utilize these tools takes time for the setup, but anyone is able to do so themselves with a little research and effort. Once set up all forms of social media require some commitment for effective use, so it is a good idea to designate one or two people to maintain the social media sites entries once or twice a week. Another option is to hire a marketing or website firm to set up and/or maintain the social media pages for you.

To sum up, social media are terrific tools for marketing a business and communicating with potential customers and can be helpful from an SEO perspective, but they need to be properly set up and utilized to be effective.